What qualities do the world’s most successful investors possess, and what can we learn from them about how to make better decisions in our own professional and personal lives?

William Green, award-winning financial journalist and The New York Times and The Wall Street Journal bestselling author, answers those questions in great depth in his latest book, “Richer, Wiser, Happier: How the World’s Greatest Investors Win in Markets and Life” (Scribner, April 2021). Through vivid storytelling and intimate conversations translated into 22 languages, Green pulls back the curtain on how iconic figures such as Warren Buffett, Charlie Munger, Howard Marks and Bill Miller consistently tilt the odds in their own favor. He shares pearls of wisdom from the masters themselves, describing them in action and revealing their high-performance habits, principles and processes.

Throughout his more than 25-year career, Green was privileged to spend extended periods of time with these brilliant, often misunderstood characters, and immerse himself in their lives. During talks, meetings and interviews, Green takes audiences inside those experiences, shares what he learned and explains how anyone can employ their methods to chart a better course.

“One distinctive trait of the greatest investors is that they are ruthlessly pragmatic. They’re just looking for what works and what doesn’t and why,” says Green, who is senior advisor to First Eagle Investments and an advisor to the Board at Aquamarine Capital. “They show us how we can take emotions and biases out of decision making – how we can move on when something doesn’t work until we find what does.”

An important thread in the book is “enlightened capitalism,” the idea that it is more profitable and wiser to behave morally. Inspired by such legendary investors as Munger, Jack Bogle and Sir John Templeton, Green has much to share with organizational leaders about responsible growth strategies and how to grow by sharing, much like the Costco model. He also outlines a powerful decision-making framework one investor uses, involving reverse engineering proven success stories. Dubbed “Destination Analysis,” you start by setting your sights on what you are trying to achieve, then solve the problem backwards. It’s not just a framework but a different way of thinking, Green emphasizes.

“In addition to being a practical guide about how to think smarter, the book turned out to be a stealth philosophical and spiritual book about values, the enormous benefits of principled and rational behavior, and how to build sustainable success,” explains Green. “The reality is, in an uncertain world, we still have to make wise decisions about the future. The advice these extraordinary people shared with me goes beyond teaching us how to make good decisions to helping us understand what it means to be truly rich.”

William Green has written for many leading publications in the U.S. and Europe, including Time, Fortune, Forbes, Barron’s, Fast Company, Money, Bloomberg Markets, The New Yorker and The Economist. He has reported in places as diverse as China, India, Bangladesh, Saudi Arabia, South Africa, Mexico and Russia, and has interviewed prime ministers, inventors, criminals, countless billionaires and the CEOs of some of the world’s largest companies. He is the host of the Richer, Wiser, Happier podcast.

Green has edited the European, Middle Eastern, African and Asian editions of Time. He has collaborated on several books as a ghostwriter or co-author, one of which became a #1 Wall Street Journal bestseller in 2017. He also worked closely with renowned hedge fund manager Guy Spier, helping him write his much-praised 2014 memoir, “The Education of a Value Investor: My Transformative Quest for Wealth, Wisdom, and Enlightenment.” Green’s latest book, “Richer, Wiser, Happier: How the World’s Greatest Investors Win in Markets and Life,” has become an international phenomenon and is being translated into 18 languages.

Born and raised in London, Green was educated at Eton College, studied English literature at Oxford University, and received a Master’s degree from Columbia University’s Graduate School of Journalism. He lives in New York.

William Green is available to advise your organization via virtual and in-person consulting meetings, interactive workshops and customized keynotes through the exclusive representation of Stern Speakers Group, a division of Stern Strategy Group®

Lessons from the World’s Most Successful Investors

Do billionaire investors share common traits, principles and habits? And if so, is it possible to adopt them in our own lives so we too can be more successful? In this presentation, based on his acclaimed book, “Richer, Wiser, Happier: How the World’s Greatest Investors Win in Markets and Life” (April 2021), renowned financial journalist and bestselling author William Green shares insights, philosophies and strategies he learned firsthand from some of the world’s most successful investors with whom he shared extended periods of time during his more than 25-year career. He takes audiences inside those experiences, highlights what he learned and explains how anyone can employ their methods to chart a better course. By teaching the merits of unconventional wisdom, extreme rationality, discipline and how to improve the way we think, especially in times of uncertainty, Green helps us dramatically improve our own odds of success at work and in life.

Today, everything feels urgent, which feeds a culture of short-term thinking. As a result, some companies chase immediate gains while putting long-term goals and plans on the back burner. In this presentation, renowned financial journalist and bestselling author William Green shares a powerful decision-making framework he learned from one of the world’s most successful investors which involves reverse-engineering proven success stories. Dubbed “Destination Analysis,” you start by setting your sights on what you are trying to achieve, then solve the problem backwards. By inspiring a different way of thinking, the process helps decision makers step out of the present moment to consider the long-term wealth, health and happiness of their organization and lives.

Building Resilient Success in the Face of an Uncertain Future: How Billionaire Investors Tilt the Odds in Their Favor

The word “futurism” may call to mind images from science fiction, but it also describes the daily practice of investors, leaders and anyone whose job it is to make decisions about what lies ahead. In this presentation, based on his acclaimed book, “Richer, Wiser, Happier: How the World’s Greatest Investors Win in Markets and Life” (April 2021), renowned financial journalist and bestselling author William Green shares insights and strategies he learned from some of the world’s most successful investors about how to increase the odds that a future outcome will be favorable. Debunking the myth that it’s all about luck and guesswork, Green shows how the greatest investors systematically position themselves to thrive even in the face of extreme uncertainty. By highlighting the traits, habits, thought processes and philosophies of these consistently smart decision makers, Green gives participants the inspiration and tools they need to improve their own skills so they too can chart a course toward a richer, wiser, happier life.

William Green on Warren Buffett, Charlie Munger, Art of Subtraction and How to be Richer, Wiser and Happier (Audio)

William Green - The Man Behind the Books (Audio) 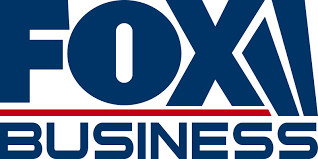 What Makes a Great Investor? (Video) 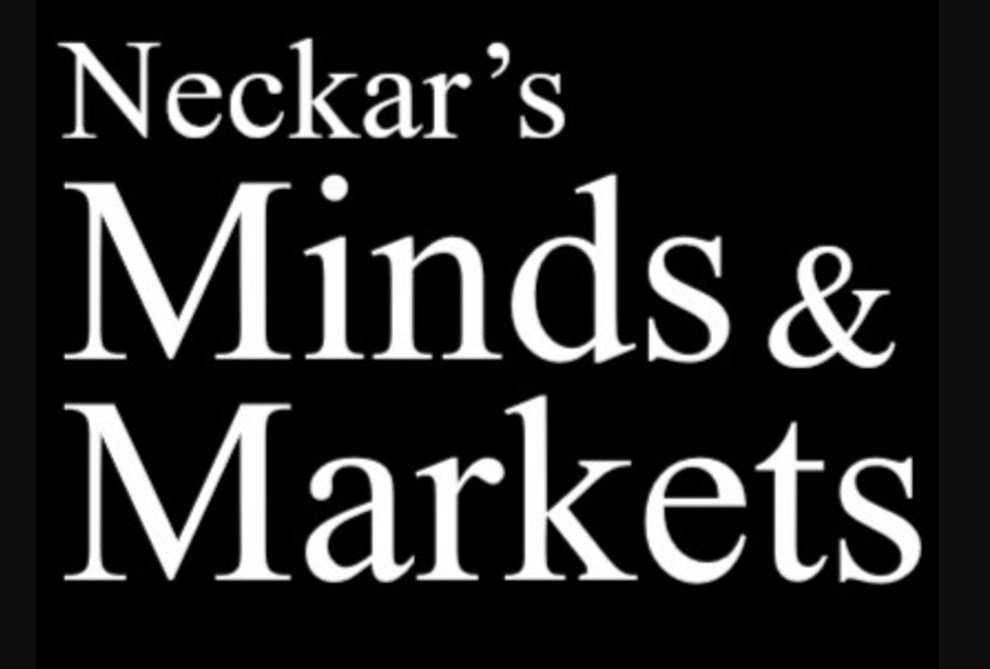 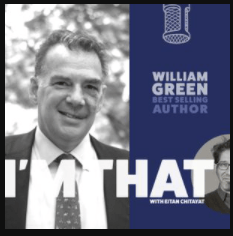 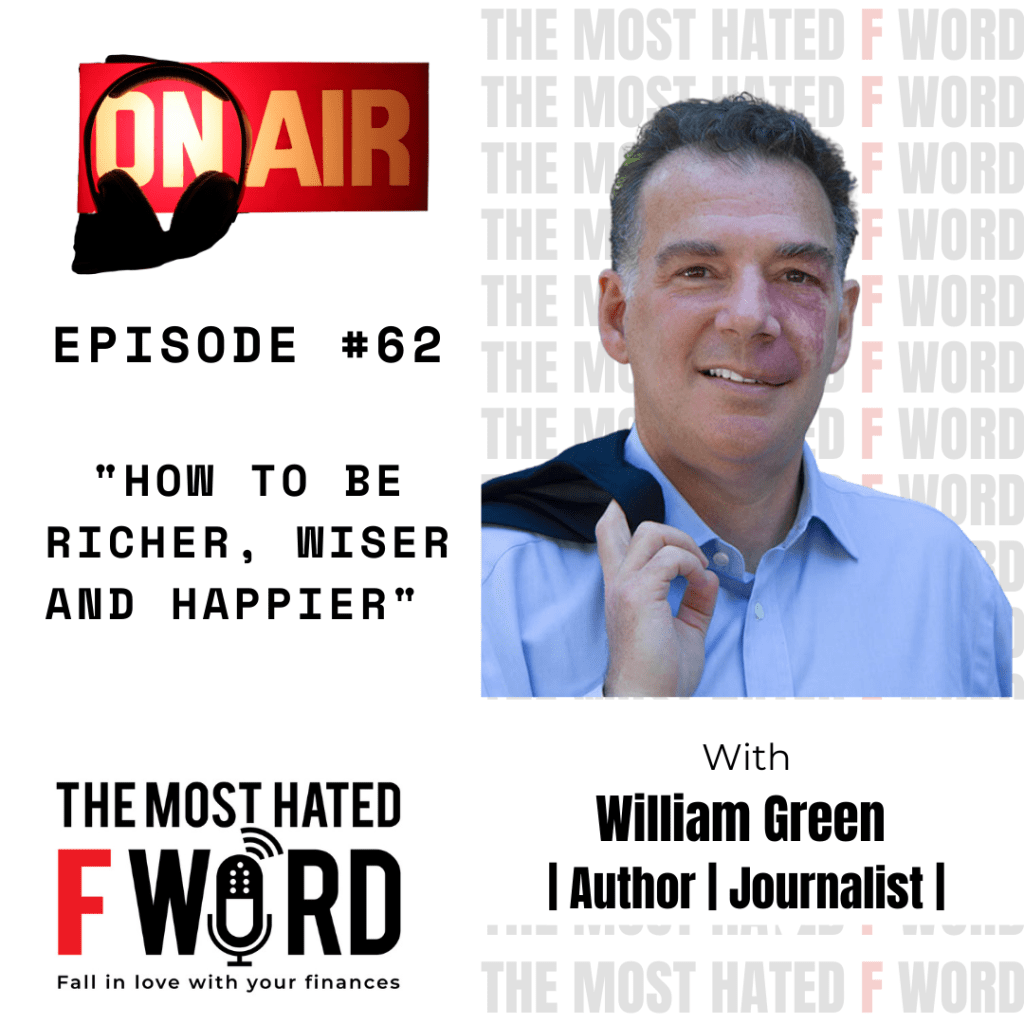 How to Be Richer, Wiser and Happier (Audio) 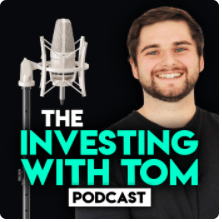 A Meeting of Great Minds (Video)

"Richer, Wiser, Happier" Author William Green Interviewed Dozens of the World's Best Investors. He Breaks down the 6 Key Traits They Share and Gives Examples of Them in Action ($) 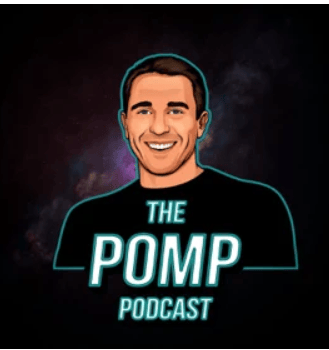 Lessons From The Best Investors In The World (Audio)

What We Can Learn From the World's Greatest Investors (Audio) 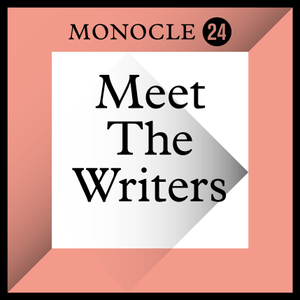 How The Best Investors Do It (Audio) 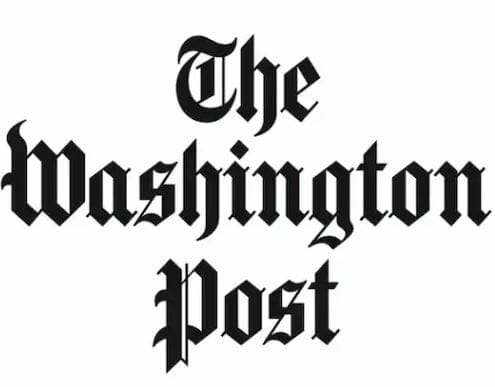 The Not-So-Surprising Secrets of Wealthy Investors 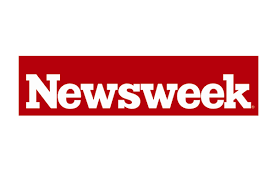 How to Win Big-Time at Investing—and Life! 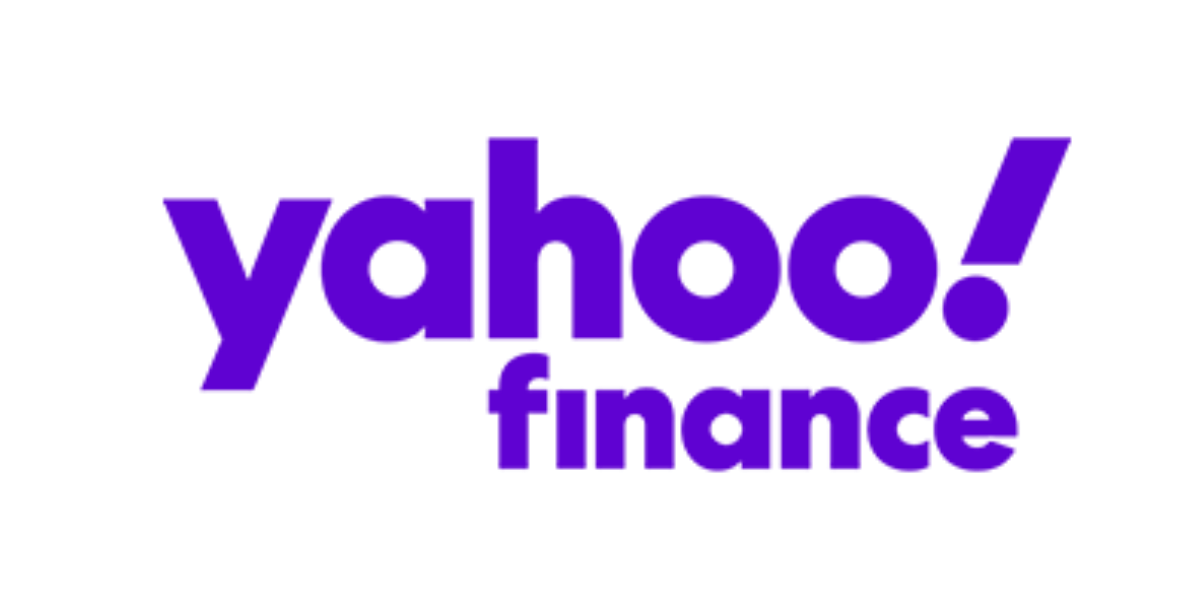 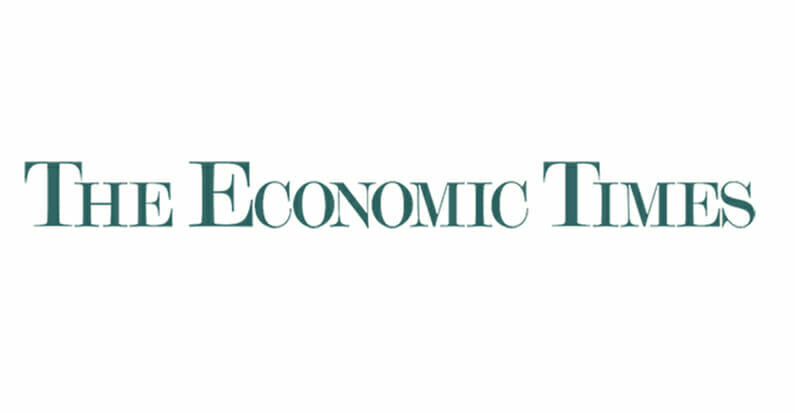 Super Investors are Wired Slightly Differently From Most of Us: William Green 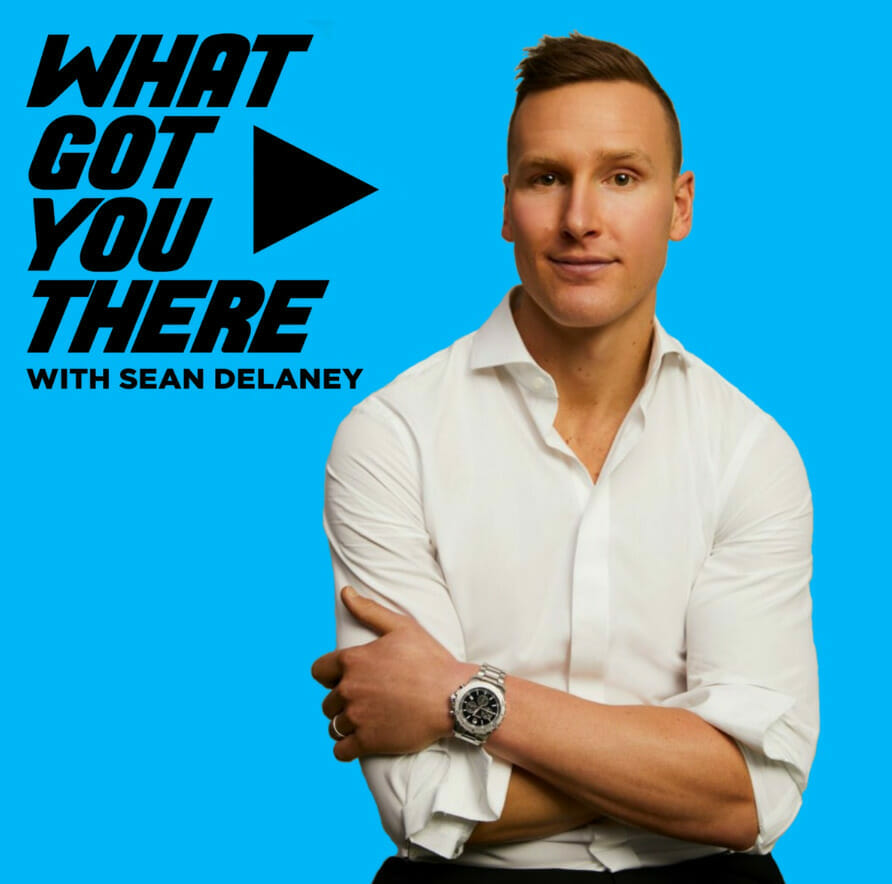 Famed Investor Bill Miller Is Roaring Back With Amazon, Bitcoin, and GM ($) 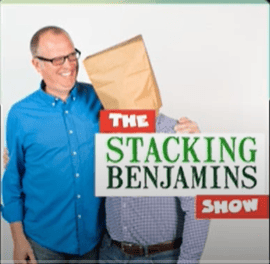 How To Be Richer, Wiser, and Happier with William Green (Audio) 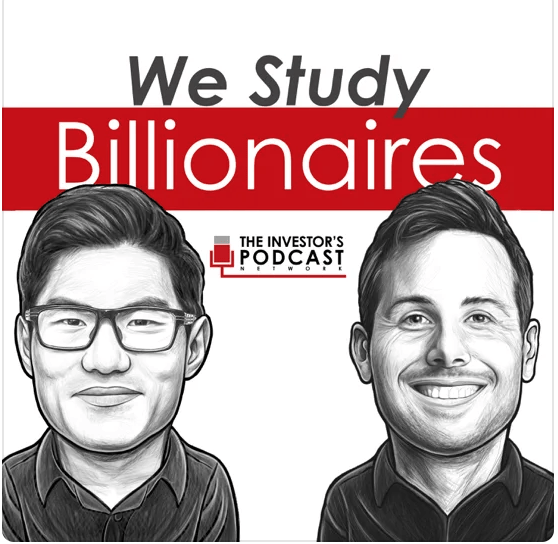 A Top Fund Manager Is Worried About Speculative Excess. 2 Stocks He's Willing to Bet On. ($) 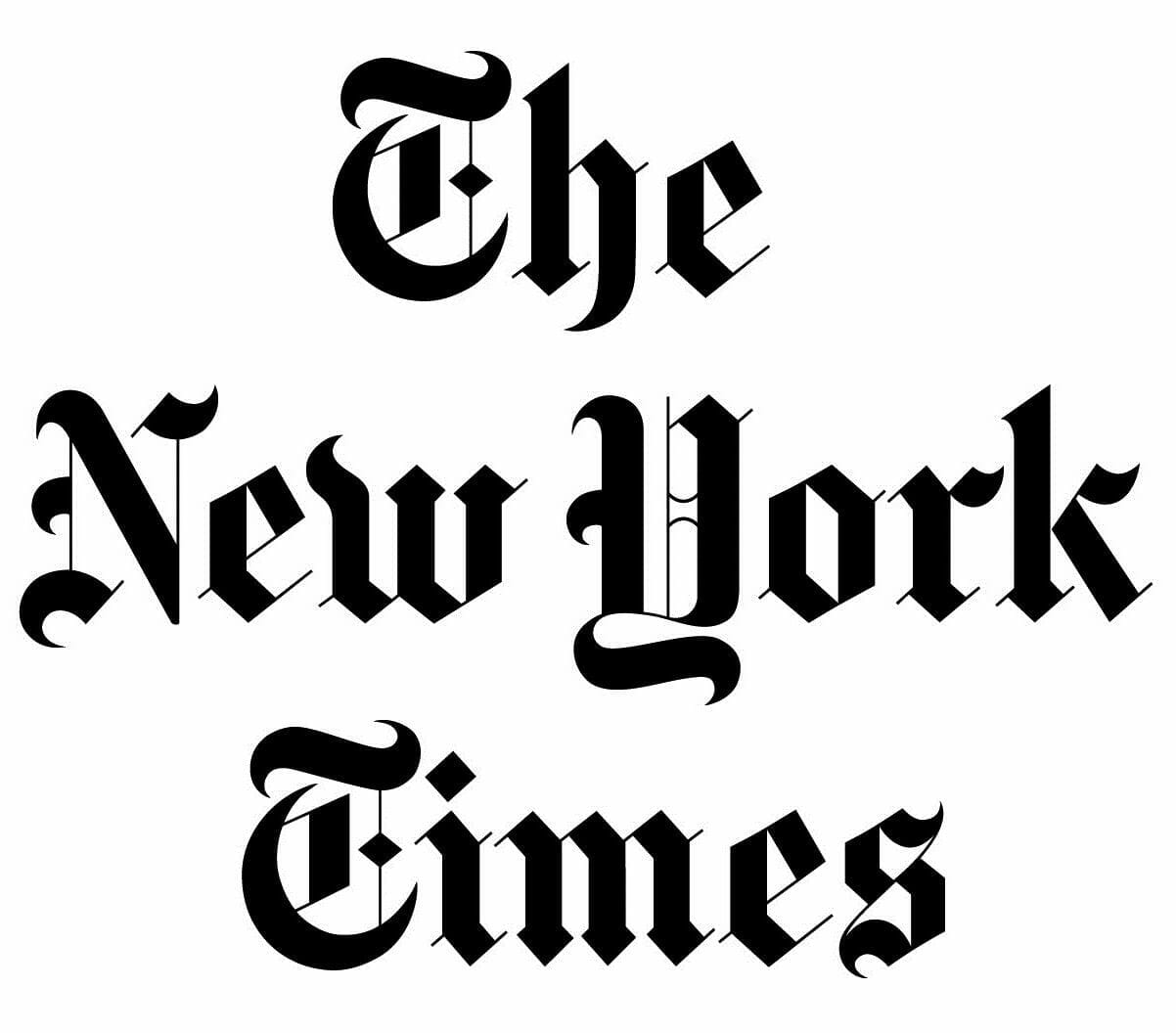 Learning How to Invest From the Pros

Qualities That Make Great Investors: And, Mind You, They Aren't Hard to Imbibe 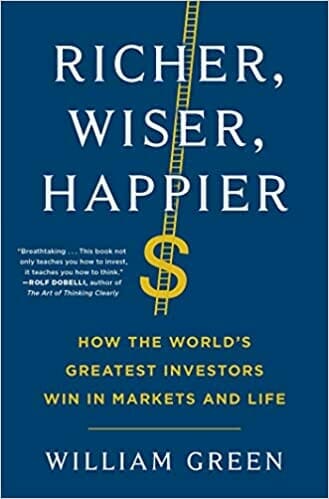 Richer, Wiser, Happier: How the World's Greatest Investors Win in Markets and Life 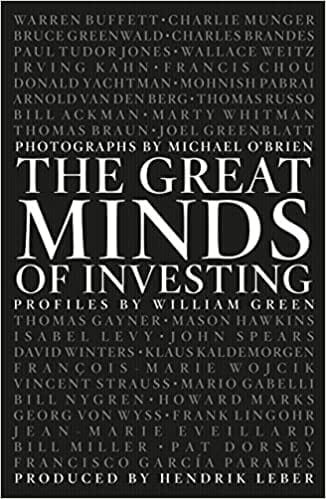 The Great Minds of Investing

“SELDOM SINCE JOHN TRAIN’S GREAT THE MONEY MASTERS, PUBLISHED IN 1980, HAS A BOOK PULLED SO MANY COMPELLING IDEAS TOGETHER FROM SO MANY RENOWNED INVESTORS. Based on interviews with dozens of well-known money managers, including Jack Bogle, Peter Lynch, Charlie Munger and Sir John Templeton, ‘Richer, Wiser, Happier’ argues that good judgment is under continuous bombardment from Wall Street’s propaganda machine. The cardinal investment virtues of independence, patience, skepticism and self-control come more easily, argues Mr. Green, when you emulate someone who obviously possesses those same virtues. Then you can cultivate what Mr. Green calls ‘intentional disconnection,’ forming your own ideas away from the crowd. This takes work, and he shows how.”

“MANY NUGGETS OF WISDOM….offers a smorgasbord of ideas from which you can pick and choose what works for you….Wise words.”

“ENGAGING WRITING…Throughout the book [Green] underscores the central premise that originality is overrated when it comes to investing… ‘Nothing is more essential than our capacity to survive the most difficult times not only financially but emotionally.’”

“UNEXPECTEDLY ILLUMINATING…Those who finish this book will find, to their delight, that they’re smarter about much more than money.”

“ONE OF THE MOST IMPORTANT BOOKS I’VE EVER READ… If I’d had ‘Richer, Wiser, Happier’ when I started investing it would have saved me twenty years of reading and studying.”

“BRILLIANT…packed with powerful insights from the world’s most successful investors…. Read Richer, Wiser, Happier and take its invaluable lessons to heart.”

“CAPTIVATING…offers pragmatic ideas to ponder, reflect on, and live by.”

“EXTRAORDINARY… a compelling meditation on ideas, and on the profound subjects of risk, resilience, and success.”

“WONDERFUL… a profound, eloquent, and much-needed call for a reassessment of how we build our portfolios and live our lives.”

“HIGHLY RECOMMENDED… a thoroughly engaging book that is brimming with unique insights into investing and life.”

“SUPERB… does a wonderful job of showing how to consistently stack the odds in your favor, both in markets and life, by dramatically improving the way you think and reach decisions.”

“A rich and layered book–something readers will treasure for decades and return to again and again for inspiration and wisdom.”

“William Green’s superb writing gives readers access to an abundance of talent and wisdom… This book should be admired first, and then studied seriously.”

“This book needs to be on every serious investor’s bookshelf.” 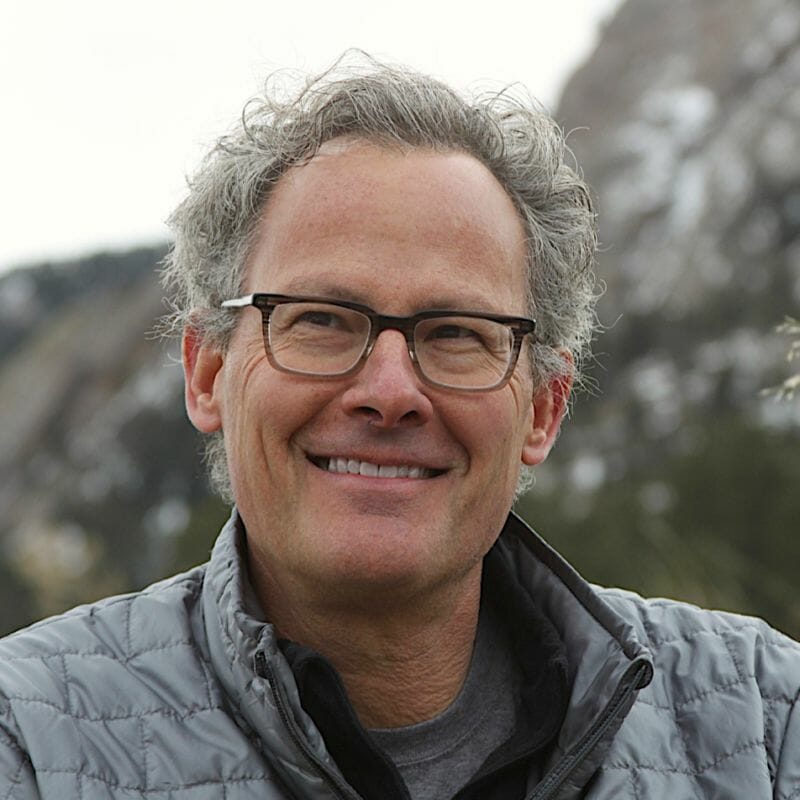 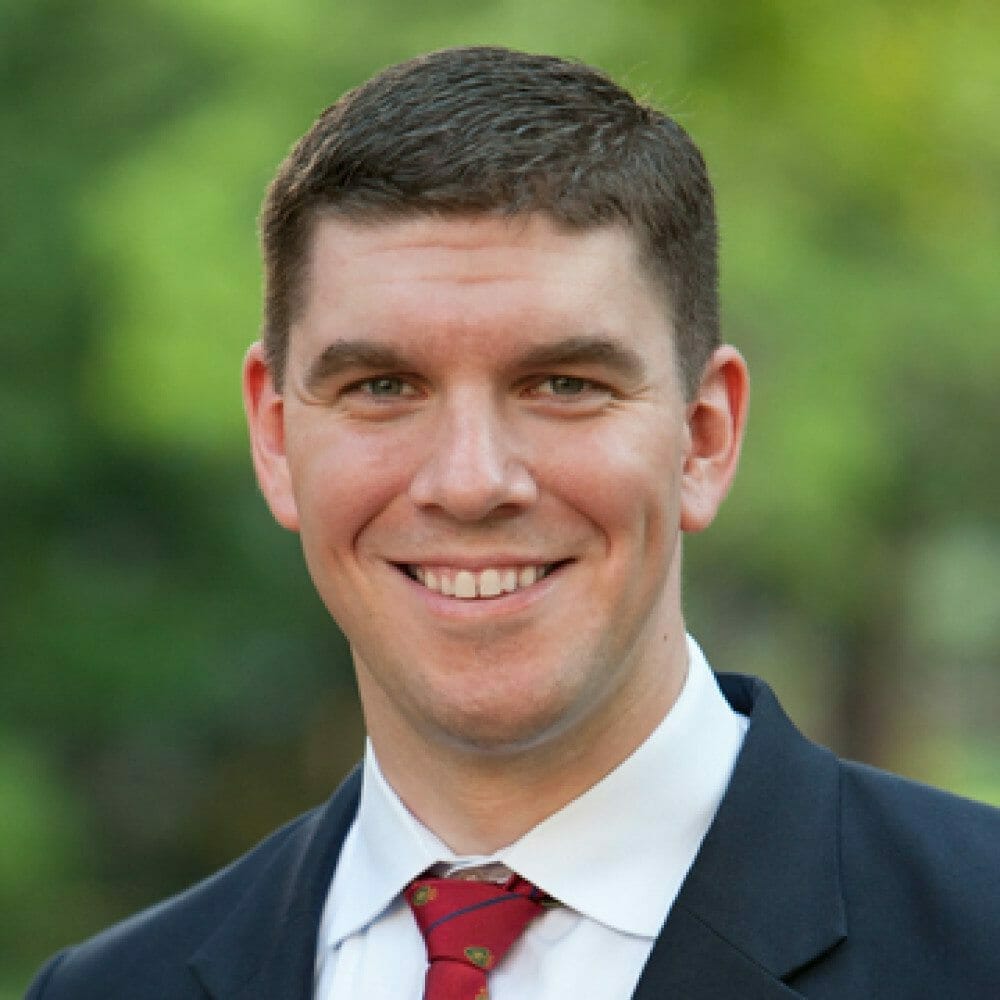 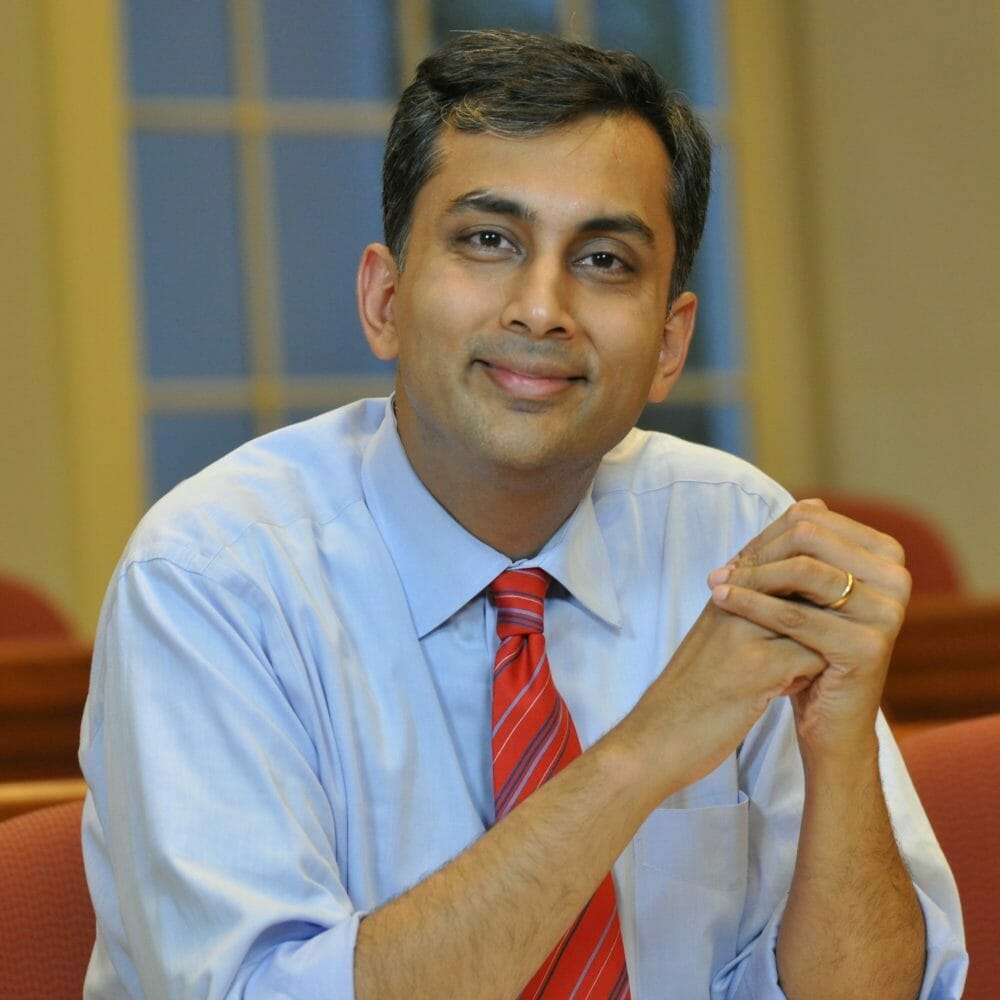 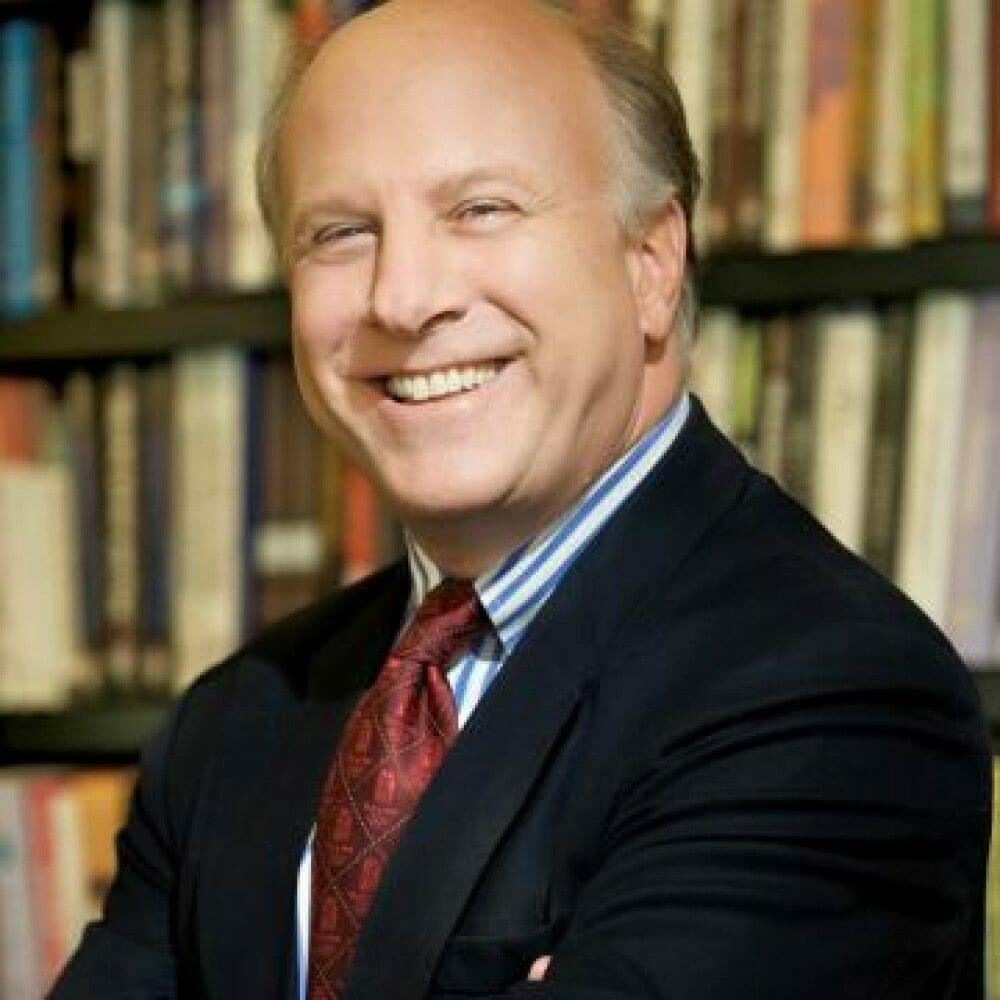 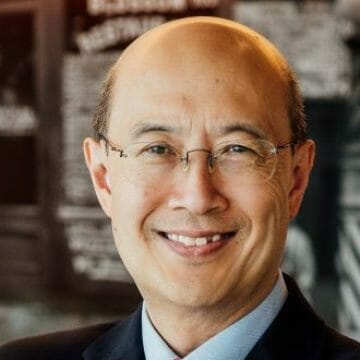 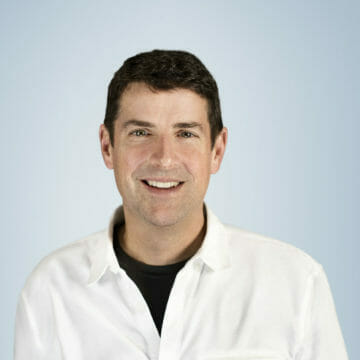 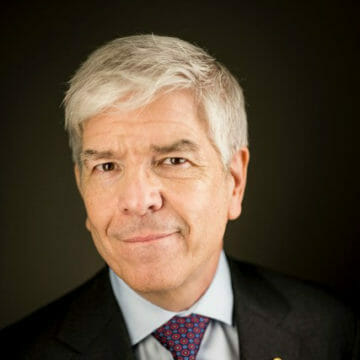 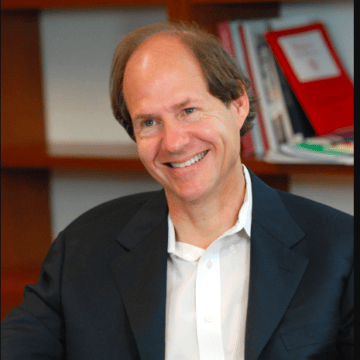