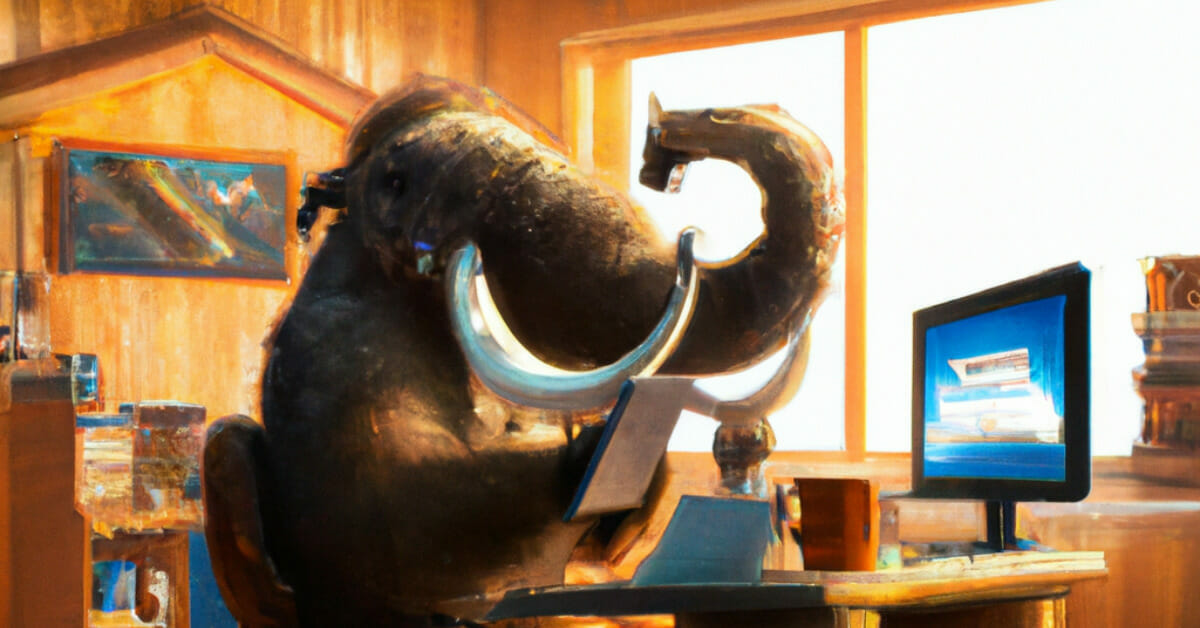 A Stern Strategy Guide to Mastodon

Introducing Mastodon: the alternative to Twitter that has now eclipsed one million active users amid Twitter drama and uncertainty. Is it right for you?

As the future of Twitter continues to be up in the air, many people have been looking for alternative social networking opportunities. One option we’ve noticed is Mastodon, so we took a closer look, so you do not have to.

According to their website, Mastodon was initially a non-profit open-source project started by Eugen Rochko who created the platform after being dissatisfied with Twitter. The project is now incorporated in gGmbH (a German form of non-profit LLC) as of 2021. Mastodon is a self-described free “open-sourced decentralized social media platform,” but what does that even mean? Let’s break it down.

Why is Mastodon Decentralized?

Mastodon is considered decentralized because, instead of being one website, the platform is made up of various groups of servers that users will choose to join when they create an account. The server acts like a forum (think: Facebook Group) and is where you will find your base or local community. The server name you pick will also be added to the name of your account like how you get a @gmail.com or @yahoo.com at the end of your username when you create an email account. Although you are initially associated with one server, you can still participate in different servers and their content; however, since it is decentralized, these servers also have their own rules and regulations on content moderation so you can be potentially rejected from joining certain servers.

Why is Mastodon Open source?

Mastodon is considered open-source because anyone can download, modify and install Mastodon on their own server and even the developers of the platform themselves do not own the copyright. According to the website, the choice to be open source is because Rochko believed “that instant global communications were too crucial for modern society to belong to a single commercial company.”

According to this article from Buffer, Mastodon.social is the most popular server and our account at Stern Strategy is currently on the server home.social. You can also try to find where your friends or old Twitter followers are out by using these resources:

Be sure to remember the name of your server in case you want to log in on a different device. Once you pic a server, you must apply to join. Being accepted might take minutes or days, it depends on the server itself. Also, fair warning, with new people migrating to the platform there might be some lagging. Once you are accepted your address will be @[name]@[servername].

The format of your profile is going to be like Twitter so you can add a profile picture, banner and bio as well as links to your website and other social media accounts you might have. Also, consider adding your new Mastodon handle to your Twitter bio that way you will be easier to find.

Step 3: Get to Know Your Server

Once your account is set up be sure to start following and engaging with people in your community and beyond. You can also introduce yourself and pin the post to your account so that people who find you online can get to know you.

The platform is going to look similar, but also different from Twitter. Like on Twitter, your home timeline will show you posts from people you follow. There is also the Local timeline which shows you posts from all users in your server. Lastly, there is the Federated timeline which will show you all public posts from users followed by people within your server. According to this article from TechCrunch, you can turn on “Slow Mode” in Preferences –> Appearance to hide timeline updates behind a click if the information looks too overwhelming.

How to Understand Mastodon Lingo

Is Mastodon Right For You?

Mastodon is a great platform that is continuing to grow each day (The running Active Monthly Users is at 2.3M according to their website); however, do not join thinking you are getting a carbon copy of Twitter. Before you jump ship, it’s important to ask yourself if Mastodon is a good fit. Mastodon is much smaller than Twitter and other social media platforms, so there is less audience to reach and less resources to maintain the platform. Some lagging may occur especially due to the new influx of users. Sign-up can also be confusing for users and deter your friends and followers from joining you. There are also many features you might be used to that might be different or might not be there at all. For example, unlike Twitter, there is no universal verification system in Mastodon. However, some servers may vet you during the sign-up process. Here are some other differing features:

Although, the uncertainty of Twitters’ future may make you feel uneasy, it can also be viewed as an opportunity to experiment with new things and grow. Mastodon is not perfect, but neither was Twitter, frankly, so take these changing times in stride and find out what best works for you

Learn more about our PR Services and Solutions here or connect with us.