Even with the emergence of AI, humans have never been more integral to the future of work, says Ben Pring, an internationally recognized expert on technology and its impact on business and society and former co-leader of Cognizant’s Future of Work Center.

A longtime industry analyst who wrote some of the first research notes on cloud computing (1997) and on salesforce.com (2001), Pring became well-known in the IT industry early on for his ability to predict emerging trends, such as how a paradigm shift to cloud computing would become the foundation for the next wave of competition in global IT.

Pring has spent almost 25 years closely analyzing technologies that define how we work and live, from “the information superhighway” and platform-based businesses to AI and next-gen technologies. His wealth of knowledge helps business leaders understand what’s happening now and how to prepare for what’s coming, including what the office of tomorrow will look like, how job skills will shift and where the next waves of innovation will take place.

At Cognizant, Pring researches and analyzes how clients can leverage the incredibly powerful new opportunities that are being created as new technologies make computing power more pervasive, affordable and important than ever before. He also studies how globalization will impact business and IT strategies, and he is an expert at tracking and identifying IT talent from outside Western markets.

Pring’s current message to business leaders trying to reboot, post-pandemic? “Digital competency is the primary competency – for individuals and organizations – moving forward.” He is particularly struck by the catalytic changes that COVID brought to the fore and sees them as a pivotal moment for business.

“Today, digital is no longer a nice-to-have, an interesting adjunct to your main area of operation. A fully developed, sophisticated and hyper-scale digital platform is the only means to ensure any relevance and future in the next decade,” wrote Pring in a June 2021 article for the Global Governance Project. “As 2020 began, this truth was obvious to some, but not all; and as we reach summer 2021, it’s completely self-evident. COVID-19 has exposed the pre-existing condition of many organizations around the world: that they were pre-digital enterprises.”

Pring’s unmatched ability to forecast the future of jobs, the future of technology and the best places to work in the future makes him the go-to guru for businesses trying to see around corners, think the unthinkable and calculate the “compound annual growth rate of unintended consequences.”

Co-author of the bestselling, award-winning books, “What To Do When Machines Do Everything” (2017) and “Code Halos: How the Digital Lives of People, Things, and Organizations Are Changing the Rules of Business” (2014), Pring’s latest book, “Monster: Taming the Machines That Rule Our Lives, Jobs, and Future” – which was named among The Financial Times’ best business books in March 2021 – calls for harnessing the power of technology for good and limiting its power to do us harm.

“The major theme in ‘Monster’ is the double helix relationship between big tech and big money,” says Pring. “AI is the Straw. Inequality is the Camel. If we continue down this road as people who want to live in a good society, we need reform. If we don’t reform, we’re in trouble.”

Pring’s focus is not just on the future of work, but on the future of “better work,” and he continues to help companies stay on course so their businesses, society and future generations can innovate, reinvent and thrive for years to come.

Prior to joining Cognizant in 2011, Ben Pring spent 15 years at Gartner researching and advising in such areas as Cloud Computing and Global Sourcing. In 2007, he won Gartner’s prestigious Thought Leader Award. Prior to Gartner, Pring worked for a number of consulting companies including Coopers and Lybrand. He sat on the advisory board of the Labor and Work Life program at Harvard Law School between 2017 and 2020 and was a Bilderberg Meeting participant in 2018. He was named one of 30 management thinkers to watch in 2020 by Thinkers50 and a leading influencer on the future of work by Onalytica. His work has been featured in the Harvard Business Review, The Wall Street Journal, The Financial Times, The London Times, BBC’s News Night, BBC World Service, PBS’s News Hour, NPR’s On Point, The Drucker Forum Report, Business Insider, Forbes, Fortune, The Sun, The MIT Review, The Daily Telegraph, The Daily Mail, Parade, The Times of India, Quartz, Inc., Axios, The Australian and The Economic Times.

Based near Boston since 2000, Pring graduated with a degree in philosophy from Manchester University in the UK where he grew up.

Ben Pring is available to advise your organization via virtual and in-person consulting meetings, interactive workshops and customized keynotes through the exclusive representation of Stern Speakers & Advisors, a division of Stern Strategy Group®.

The Office of the Future: Successfully Operating in the Virtual Workplace

Before the pandemic, most corporate workplace models were predictable. But the extended work-from-home lockdown changed that, leaving leaders trying to understand the implications of bringing people back to a shared space full-time or part-time, versus allowing them to operate remotely. “Virtual work is here to stay,” says futurist Ben Pring, an internationally recognized expert on technology and its impact on business and society. Co-leader of Cognizant’s Future of Work Center, Pring and his team analyze how technology will change the way we work, including what the office of tomorrow will look like and how job skills will shift. In this presentation he highlights the results of his findings and offers recommendations to help everyone succeed in the new normal. He also shares his forecasts on the future of jobs, the future of technology, the best places to work in the future and where the next waves of innovation will take place.

Technology has never been more important: It is key to how we create vaccines and medical cures, how we communicate and work, and how we entertain and distract ourselves. But it also presents challenges, says Ben Pring, co-leader of Cognizant’s Future of Work Center and an internationally recognized expert on technology and its impact on business and society. As a researcher and analyst, Pring focuses on helping businesses and society mitigate the downsides of technology. Drawing from his 2021 book, “Monster: Taming the Machines That Rule Our Lives, Jobs, and Future,” he outlines what can be done to harness the power of technology for good and limit its power to do us harm, and why we must support related reform measures.

COVID: A Catalytic Moment for Technology

For years, most business leaders viewed digital transformation as an option rather than as a necessity. Then COVID-19 upended the world, separating digitally savvy companies from the digitally challenged. As companies prepare to operate in a post-COVID environment, futurist Ben Pring, co-leader of Cognizant’s Future of Work Center and an internationally recognized expert on technology’s impact on business and society, says digital competency will be the primary need for organizations and individuals going forward. Emphasizing that the next few years will dramatically transform how we learn, govern, ensure financial security, protect ourselves and spread opportunity, he shares his research which supports these predictions and highlights why businesses must go all-in to invest in a fully digital future.

AI and Machine Learning: What to Do When Machines Do Everything

When systems running on artificial intelligence can drive our cars, diagnose medical patients and manage our finances more effectively than humans, it raises profound questions about the future of work and how companies compete. Drawing from his prescient book, “What to Do When Machines Do Everything,” futurist Ben Pring – co-leader of Cognizant’s Future of Work Center and an internationally recognized expert on technology’s impact on business and society – shares strategies for succeeding in a future where new technologies are changing how value is created. Contrary to doom and gloom predictions, Pring says we are on the cusp of the biggest wave of opportunity creation since the Industrial Revolution, and he provides a clear-cut business model to help leaders take part in the coming boom.

A Monster We Can Tame? 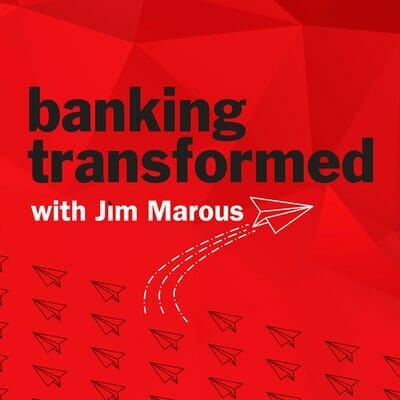 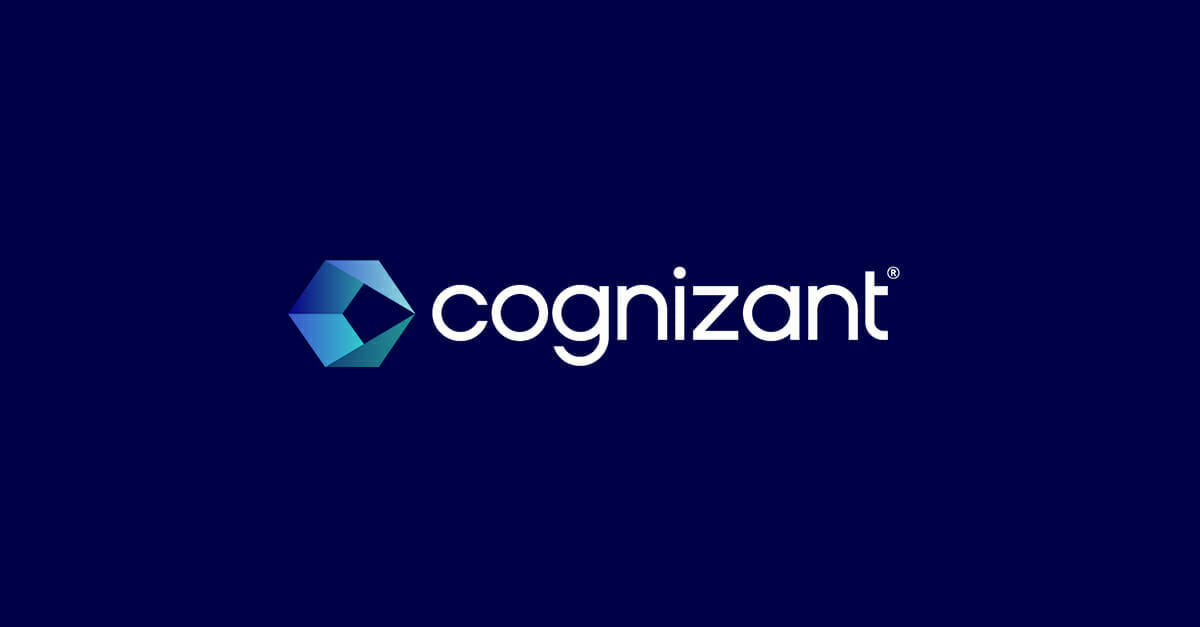 Advocacy: The Work Ahead: Digital First to Last

How to Embrace the Post-Pandemic, Digital-Driven Future of Work

Cognizant’s Releases its 21 Places of the Future Report (Video)

21 Places of the Future 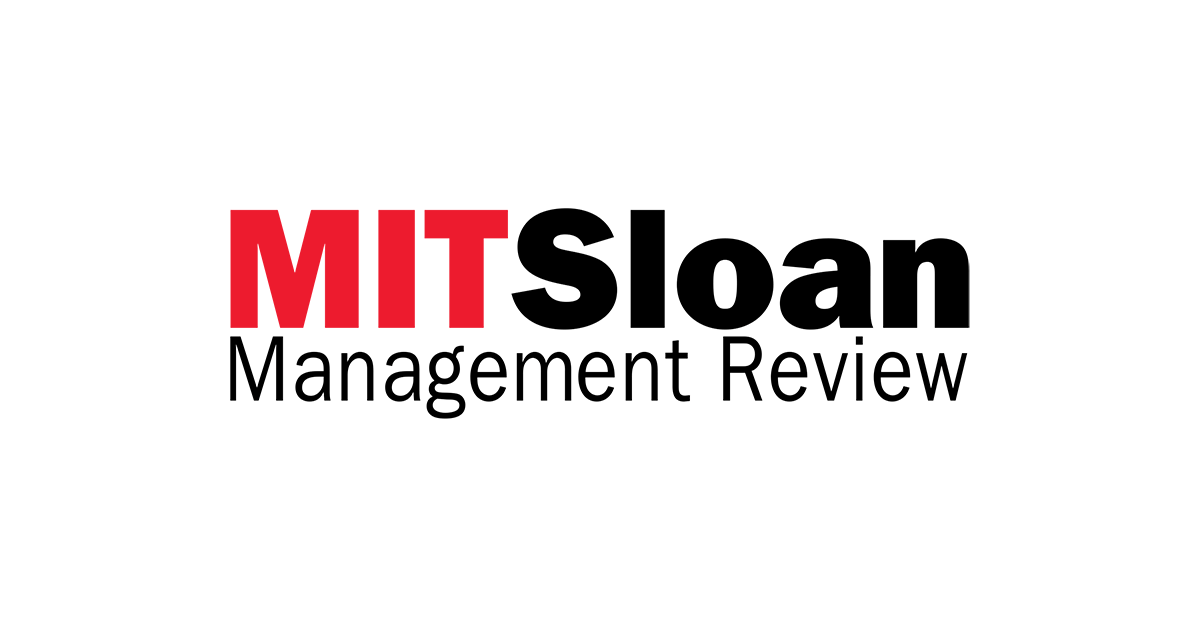 The Future of Education, Skills, and Work: Staying Relevant in a World Changing Faster Than Ever

How COVID-19 Changes the Future of Work in Banking

AI, the Straw. Inequality, the Camel.

The Future of Better Work 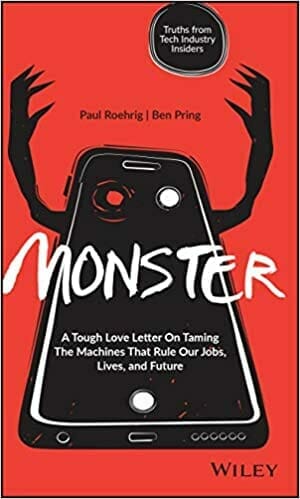 Monster: A Tough Love Letter On Taming the Machines that Rule our Jobs, Lives, and Future 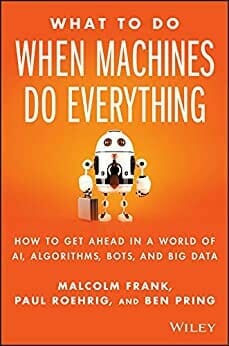 What To Do When Machines Do Everything: How to Get Ahead in a World of AI, Algorithms, Bots, and Big Data 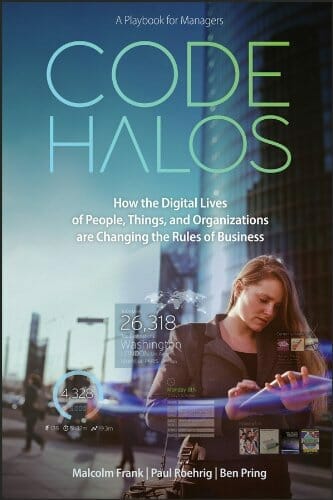 Code Halos: How the Digital Lives of People, Things, and Organizations are Changing the Rules of Business

“A bracing new book about some of the most pressing questions of our time.”

“Pithy insights and recommendations on helping tech fulfill its potential as a force for good.”

“Provocative and concise, Monster is an important book on rescuing ourselves from technology that now feels corrosive and overwhelming.”

“Sheds light on how we can collectively use technology for the good of all.”

“Clarifies a complex web of issues and provides bold steps for a healthier economy, society, and future.”

“A cornucopia of pragmatic, actionable, and bold ideas.”

“You must read this book.”

“’What to Do When Machines Do Everything’” helps leaders think beyond their own organizational boundaries and embrace the future of artificial intelligence. The book’s practical advice not only explains how to apply machine-driven solutions at all levels of an organization, it also reveals the skills your employees need to ensure your business stays competitive in this coming age.

“A timely analysis of the strategic implications of the rapid advancements in AI and machine learning (ML) on businesses of all sizes. The book is well-researched with terrific case study examples of companies that are confronting the realities of today’s rapidly changing AI/ML environment, and the consequences facing those that aren’t. The book also provides useful advice for executives to respond to the AI/ML opportunities and challenges.”

Center for the Future of Work

“Monster: A Tough Love Letter On Taming the Machines That Rule Our Jobs, Lives, and Future” 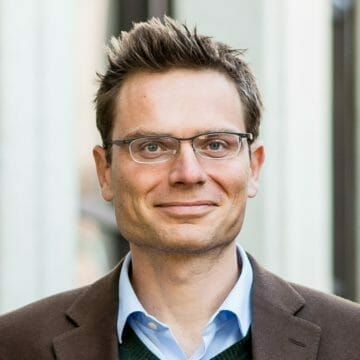 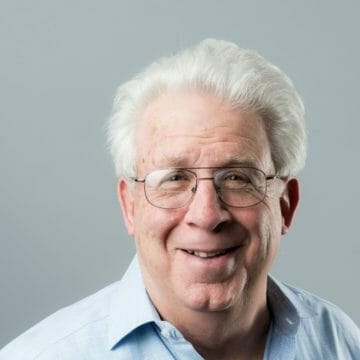 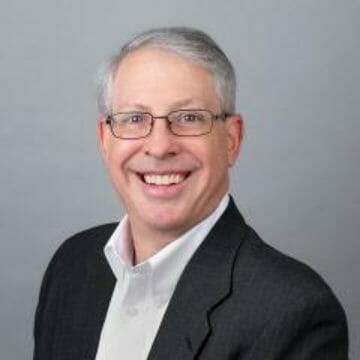